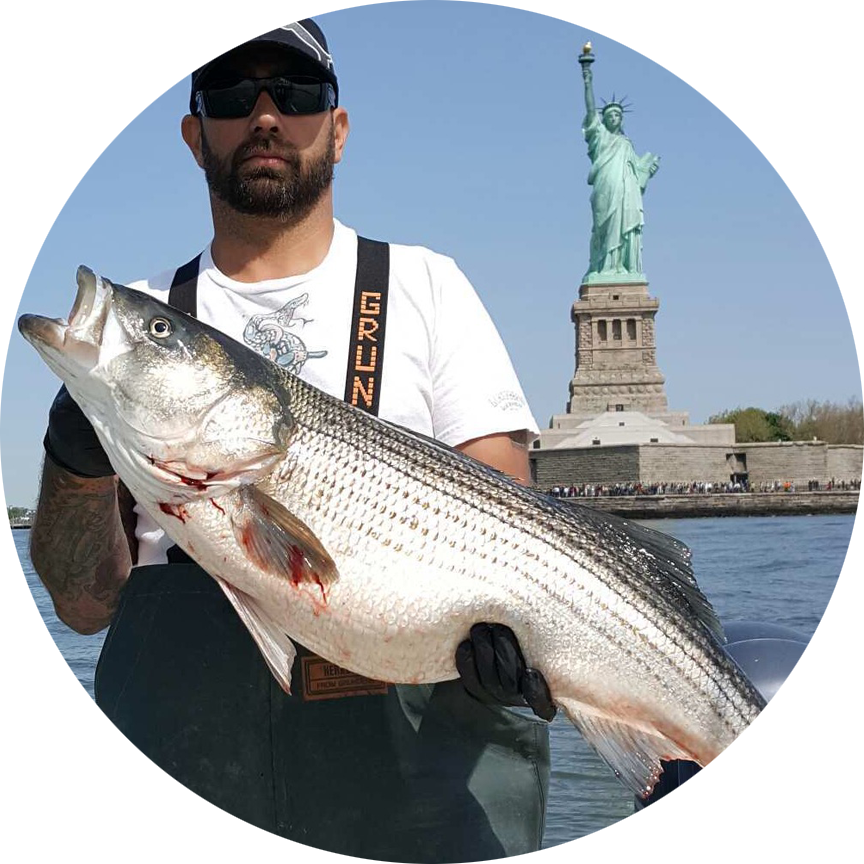 Captain Scott is the owner and operator of Jenna P Sportfishing, located at The Sandy Hook Bay Marina in Highlands, NJ, along the beautiful Atlantic Ocean coastline. Long-time resident of Monmouth County, Captain Scott is very familiar with the area, the people, and especially the great fishery.

Captain Scott has been fishing the Atlantic Ocean, Raritan Bay, Navesink and Shrewsbury Rivers all his life, and he is extremely familiar with the local waters.

In his free time, Captain Scott’s favorite pass time is fishing with his 16 year old son, Dominic.  He enjoys teaching him conservation and the proper fishing techniques which are used on the Jenna P.  These include how to throw a cast net to catch bunker, (the best bait for Striped Bass), how to troll, how to live line bunker plus many other tricks to catch the perfect fish. Captain Scott and Jenna P Sportfishing, run a kid friendly charter, so come make some memories!

Jenna P Sportfishing is a private fishing charter and guide service out of the Sandy Hook Bay Marina in Highlands, NJ. We fish for striped bass, fluke, blackfish and more in the Raritan Bay and inshore water off of Sandy Hook, NJ.

(Right past the Highlands SeaStreak Ferry)

Text or call Captain Scott to Book Your Charter Today.